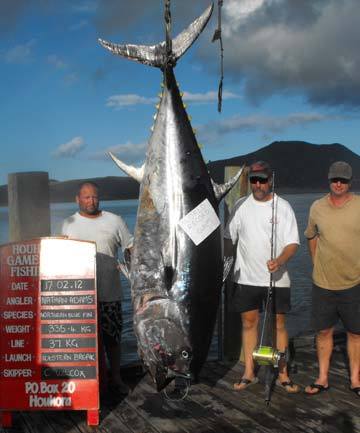 I’m not sure there has ever been a trip like this in the history of big game fishing. Nathan Adams and his friends were out on his boat in the New Zealand waters when the hauled in two record-sized fish, and several other prize fish.

The first confirmed record is a nearly 790-pound black marlin that set the Muriwai Sport Fishing Club records. But the real prize may be the near 740-pound Pacific bluefin tuna, which may be a new world record.

These weren’t the only prize catches on the boat over the 11-day trip.

According to Stuff.Co.Nz, Jessie Wright, 16, caught five marlin, including a 301-pound marlin, which made her national junior striped marlin champion.

Her two older brothers won prizes too. Logan Wright was second in the champion line weight section with a 317.5-pound marlin caught on the same boat.